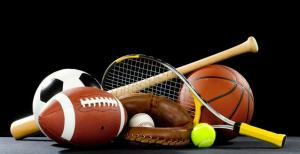 I’m an avid sports fan. I was never accused of being a good athlete, but I tried and enjoyed playing. Both of my sons are far better athletes than I ever was, and I really enjoyed helping, watching and enabling them to play baseball, basketball and football.

I believe in youth sports programs. But as I have watched the development of these over the years, I have often wondered about the price some families are paying for the imagined success of their budding athletes. And the greatest price is not the financial outlay required, though that can be substantial. The greater cost is in what is being communicated to many children regarding the right values and priorities in life. I was reminded of this recently in an article by Dave Ramsey as he cited 7 indicators that parents are paying too much for their child’s sports involvement. Three of those especially caught my attention. According to Dave, you’re paying too much when…

You’re stealing from your necessities to pay for sports expenses

You’re more excited than your child

Many parents operate under the belief that their child is an exceptional athlete who has to be groomed for a college scholarship or a future as a professional athlete, making church, family schedules and wise financial planning take a back seat to sports.

I remember what a coach with one of the nation’s leading college athletic programs told me a few years ago regarding the push from parents to get their son or daughter on the “right team” to give them every chance to be seen by a college or professional scout. As a coach with years of experience and success, he said, “If you have a son or daughter in sports at any level and with any potential, they are on the scouting radar for scouts across the country. They don’t have to be spending inordinate amounts of time and money to get someone’s attention. We know who and where they are.”

I thought about Mariano Rivera of the New York Yankees. Recently retired, Rivera holds the record for most saves in MLB and will certainly enter the Hall of Fame as one of baseball’s greatest pitchers. How did he make it to the majors? He grew up in a tiny fishing village in Panama. He played baseball on a trash-littered beach when the tide was out, with a glove made from a piece of cardboard. He quit school to go to work on his father’s fishing boat. But he was still on the scouting radar and the Yankees signed him to a contract. The rest, as is said, is history.

If you are leading your children to put a team, a game or a tournament ahead of church on Sunday, you’re making a value statement. Why not trust God to take care of their future as you teach them to “seek His kingdom first,” allowing Him to add all the other things they need in life.

Sports are wonderful, but just be sure you’re not paying a price too great – one that will maybe even cost the spiritual well-being of your child for a lifetime and eternity to come.

One thought on “Paying Too Much for Your Child’s Sports?”